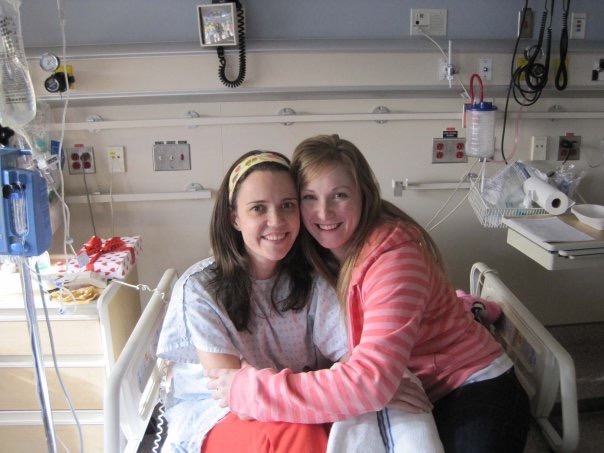 This blog will probably be more personal than any others. The week of February 16th, I went to Las Vegas with my best friend. Lots of people immediately think of flashy parties, casinos, drinking, shows, concerts, and other forms of debauchery. People flock to Vegas for all kinds of celebrations – birthdays, engagements, bachelor and bachelorette parties, weddings (some with Elvis!), elopements, and more.

For us, this is also a celebration, but a celebration of a life that has been possible due to organ donation. For several years in the 2000s, my best friend Michelle was very ill with progressively worsening liver failure due to a genetic disease called Wilson’s Disease. It was known from the beginning that she would require a liver transplant. As her health worsened, she was added to the BC Transplant waiting list.  It’s so morbid to wait and hope that someone else’s tragedy will result in your friend’s life being saved. But what choice do you have?

Waiting for a Liver

After more than 2 years on the waiting list and no closer to receiving a liver through that traditional transplant program, we researched Living Donor Transplants and discovered that was a possibility for Michelle. Likely her only possibility. Because her liver failure was due to a genetic condition rather than the more common liver failure due to cirrhosis or hepatitis, her MELD scores (the measuring system they use to determine your need for a liver) would never be high enough to get her to the top of the list.

I immediately volunteered to be tested to see if I were a match.  It turns out that I WAS a match! Since I was the only person who came forward to be tested we are so lucky that I was a match.  Then we began the long journey to the surgery — far more than I can cover in this blog post. There was a fight to get this done during the 2010 Olympics, which made CTV News, the newspapers, and more as they didn’t want to do “elective” surgery during the event in case some massive incident occurred and they needed the operating rooms. But Michelle couldn’t wait. She needed the transplant right then, regardless of what was going on.

After a successful campaign to get Michelle’s surgery done, we checked into Vancouver General Hospital on February 16, 2010.  The surgeons said after they opened Michelle up that she likely had no more than 10 days to live if they hadn’t done the surgery! The surgery is lengthy; my mom tells me I was in there for around 12 hours. My recovery was long, made longer by some post-op complications including a collapsed lung and reactions to medications. BUT, who cares about that, because Michelle came through the surgery just fine, and ALIVE! This was obviously the outcome we had all hoped for.

There is so much to say about my recovery and return to work (which took about 6 months) and Michelle’s health struggles post-op as well. But really, I feel like all of it is irrelevant since the end result was positive.  She is alive, I am fine, and I got to keep my friend! When the surgery took place, Michelle was a mom of a 2-year-old boy.  Since the surgery, she has now had a little girl – whose middle name is Meghan!  What an honour for me to have a little person in this world named for me.

People always ask me would I do it again? And I guess the answer depends on what they mean.  Do they mean would I do it a second time? In which case the answer thankfully is you can’t do it twice. If they mean am I glad I did it at all? That answer is FOR SURE!  Our “after” story was featured in the March/April issue of Best Health Magazine and I’m so glad that after all this time, Michelle is still here for us to celebrate.

Live donor transplants would be less necessary if everyone signed up to be an organ donor, and made their wishes known to their family. Signing up is a good first step, but please make sure your family knows you wish to be an organ donor should the worst happen.